Has the world’s most powerful computer arrived? 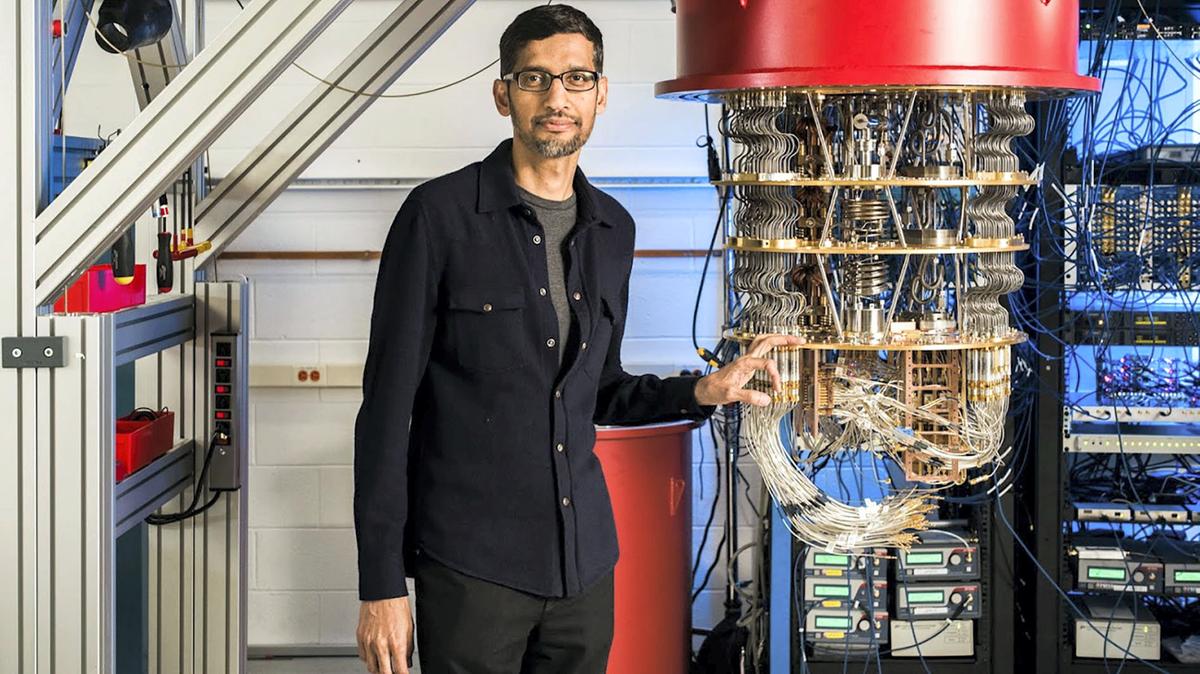 26 Aug Has the world’s most powerful computer arrived? 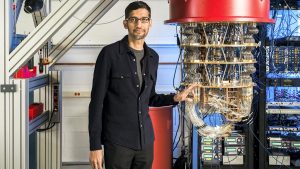 The quest to build the ultimate computer has taken a big step forward following breakthroughs in ensuring its answers can be trusted.

Known as a quantum computer, such a machine exploits bizarre effects in the sub-atomic world to perform calculations beyond the reach of conventional computers.

First proposed almost 40 years ago, tech giants Microsoft, Google and IBM are among those racing to exploit the power of quantum computing, which is expected to transform fields ranging from weather forecasting and drug design to artificial intelligence.

The power of quantum computers comes from their use of so-called qubits, the quantum equivalent of the 1s and 0s – “bits” – used by conventional number-crunchers.

Unlike bits, qubits exploit a quantum effect allowing them to be both 1s and 0s at the same time. The impact on processing power is astonishing. Instead of processing, say, 100 bits in one go, a quantum computer could crunch 100 qubits, equivalent to 2 to the power 100, or a million trillion trillion bits.

At least, that is the theory. The problem is that the property of qubits that gives them their abilities – known as quantum superposition – is very unstable.

Once created, even the slightest vibration, temperature shift or electromagnetic signal can disturb the qubits, causing errors in calculations. Unless the superposition can be maintained long enough, the quantum computer either does a few calculations well or a vast amount badly.

For years, the biggest achievement of any quantum computer involved using a few qubits to find the prime factors of 15 (which every schoolchild knows are 3 and 5).

Last October, Google claimed to have built a quantum computer that solved in 200 seconds a maths problem that would have taken an ultra-fast conventional computer more than 10,000 years.

Yet even this billion-fold speed-up is just a shadow of what would be possible if qubits could be kept stable for longer. At present, many of the qubits have their powers wasted being used to spot and fix errors.

Physicists at the University of Chicago have found a way of keeping qubits stable for longer not by blocking disturbances, but by blurring them.

In some quantum computers, the qubits take the form of electrons whose direction of spin is a superposition of both up and down. By adding a constantly flipping magnetic field, the team found that the electrons rotated so quickly that they barely noticed outside disturbances. The researchers explain the trick with an analogy: “It’s like sitting on a merry-go-round with people yelling all around you,” says team member Dr Kevin Miao. “When the ride is still, you can hear them perfectly, but if you’re rapidly spinning, the noise blurs into a background.”

Describing their work in the journal Science, the team reported keeping the qubits working for about 1/50th of a second – around 10,000 times longer than their lifetime if left unshielded. According to the team, the technique is simple to use but effective against all the standard sources of disturbance. Meanwhile, researchers at the University of Sydney have come up with an algorithm that allows a quantum computer to work out how its qubits are being affected by disturbances and fix the resulting errors. Reporting their discovery in Nature Physics, the team says their method is ready for use with current quantum computers, and could work with up to 100 qubits. 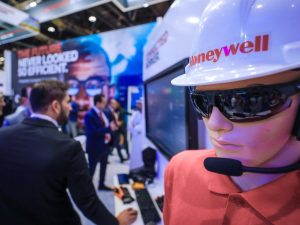 These breakthroughs come at a key moment for quantum computing. Even without them, the technology is already spreading beyond research laboratories.

In June, the title of world’s most powerful quantum computer was claimed not by a tech giant but by Honeywell – a company perhaps best known for central heating thermostats.

Needless to say, the claim is contested by some, not least because the machine is reported to have only six qubits. But Honeywell points out that it has focused its research on making those qubits ultra-stable – which allows them to work reliably for far longer than rival systems. Numbers of qubits alone, in other words, are not everything.

And the company insists this is just the start. It plans to boost the performance of its quantum computer ten-fold each year for the next five years, making it 100,000 times more powerful still.

But apart from bragging rights, why is a company like Honeywell trying to take on the tech giants in the race for the ultimate computer ?

A key clue can be found in remarks made by Honeywell insiders to Forbes magazine earlier this month. These reveal that the company wants to use quantum computers to discover new kinds of materials.

Doing this involves working out how different molecules interact together to form materials with the right properties. That’s something conventional computers are already used for. But quantum computers won’t just bring extra number-crunching power to bear. Crucially, like molecules themselves, their behaviour reflects the bizarre laws of quantum theory. And this makes them ideal for creating accurate simulations of quantum phenomena – like the creation of new materials.

This often-overlooked feature of quantum computers was, in fact, the original motivation of the brilliant American physicist Richard Feynman, who first proposed their development in 1981.

But Honeywell sees a time when far more complex molecules such as drugs will also be discovered using the technology.

For the time being, no quantum computer can match the all-round number-crunching power of standard computers. Just as Honeywell made its claim, the Japanese computer maker Fujitsu unveiled a supercomputer capable of over 500 million billion calculations a second.

Even so, the quantum computer is now a reality – and before long it will make even the fastest supercomputer seem like an abacus.