E-commerce giant Amazon has reportedly forked out more than $1.2 billion to buy the self-driving startup Zoox.

On Friday, both companies announced they had signed a “definitive merger agreement” under which Amazon will acquire Zoox.  The deal will give Amazon control of the California-based company that has been developing self-driving car technology.

“Zoox is working to imagine, invent, and design a world-class autonomous ride-hailing experience,” said Jeff Wilke, Amazon’s CEO, Worldwide Consumer. “Like Amazon, Zoox is passionate about innovation and about its customers, and we’re excited to help the talented Zoox team to bring their vision to reality in the years ahead.”

“This acquisition solidifies Zoox’s impact on the autonomous driving industry,” said Aicha Evans, CEO of Zoox. “We have made great strides with our purpose-built approach to safe, autonomous mobility, and our exceptionally talented team working every day to realize that vision. We now have an even greater opportunity to realize a fully autonomous future.”

According to a statement on Amazon’s site, Evans and Jesse Levinson, Zoox co-founder and CTO, will continue to lead Zoox as a standalone business. While the terms of the deal were not disclosed in the statement, Amazon’s purchase of Zoox is estimated to be valued at more than $1 billion by the Financial Times.

Founded in 2014, Zoox has sought to develop a new ecosystem for self-driving vehicles in the robo-taxi market. The autonomous vehicle startup envisions a future where consumers will request a ride on their phones and a car will pull up without a driver. Zoox’s Crunchbase profile lists its total funding at $955 million before the Amazon acquisition. 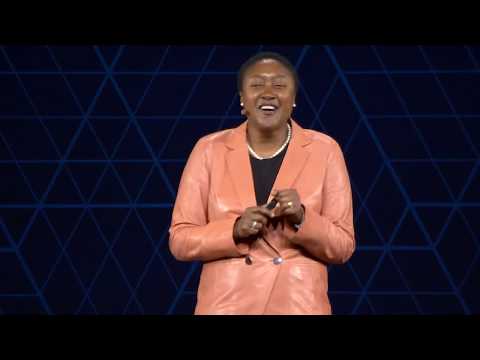 This purchase positions Amazon with other multibillion-dollar companies like Alphabet and General Motors who have already laid roots in the global autonomous vehicle industry. Morgan Stanley analysts say this purchase could help Amazon cut its shipping costs by more than $20 billion if it can get an autonomous offering to scale.

Evans came on board as CEO of Zoox in February 2019 after rising the ranks at Intel. In her last role at Intel, she served as Senior Vice President and Chief Strategy Officer, where she was responsible for shaping the company’s long-term strategy.

Born in Senegal, Evans is a bilingual highflyer. She spent her formative years in Paris before traveling to the U.S. for college. She holds a bachelor’s degree in computer engineering from The George Washington University.

Now she joins an elite group of black women whose startups have been acquired by multi-billion dollar companies. Others include Jewel Burks Solomon whose company Partpic was acquired by Amazon and Juanita Lott who sold Bridgestream Software to Oracle in 2007.

Other successful exits include Travel Noire founder Zim Ugochukwu who sold her company to Blavity in 2017. Pathbrite founder Heather Hiles raised over $12 million before her company was acquired by Cengage Learning in 2015.

Completion of the acquisition is subject to customary closing conditions.